Consistent with cognitive views of depression, we aimed to investigate the mediating role of personal goals in the relationship between stressful events and distinct patterns of depressive symptoms in a nonclinical sample. Participants identified a dysphoric episode that occurred in the previous year by reporting the severity of 12 depressive symptoms and their plausible cause. A goal taxonomy was used to determine how much the event interfered with the achievement of a series of personal goals. After controlling for age and current level of depression, the patterns of symptoms differed based on the triggering events. The relationship between sadness and affective losses was partially mediated by the personal goal of lovableness, and success was a partial mediator in the association between an event of failure and symptoms of worthlessness and anhedonia. Although the cross-sectional design of the study does not allow for conclusions on the direction of effects, findings suggest the importance of motivational factors in the development of specific patterns of depressive symptoms to adverse events. Assuming a continuum from low mood to clinical depression, treatment models could benefit from a precise identification of the specific stressors that initiate depressive behaviour and the personal meaning assigned to those events.

Aberrant Cerebello‑Cerebral Connectivity in Remitted Bipolar Patients 1 and 2: New Insight into Understanding the Cerebellar Role in Mania and Hypomania 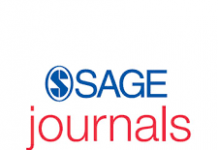 Depression in the Mirror: Depression Severity and Its Link to Negative Judgments of Symptoms