Objective: Much research and theorizing suggest that compulsive acquisition is a central component of hoarding disease. The Compulsive Acquisition Scale (CAS; Frost et al. 2002) is a self-rating scale measuring the extent to which individuals acquire and feel compelled to acquire possessions. The present study aimed to evaluate the psychometric properties of the CAS, in terms of reliability and construct validity.
Method: The scale was administered to a sample of 491 non-clinical adults along with a battery of selected self-report measures. Participants were randomly divided into two subsamples. Both exploratory and confirmatory factor analyses
were performed. Support for construct validity was provided by correlations between CAS and the other administered
measures. Results: Unlike the originally suggested 2-factor structure, both exploratory and confirmatory factor analyses revealed an underlying 3-factor structure (Emotions, Time and Money, and Free Stuff). Our outcomes showed good subscales homogeneity; support for concurrent validity was provided by significantly positively correlations between CAS scores and the other measures of hoarding severity; convergent validity was gathered examining correlations between CAS and measures of depression, anxiety, and obsessive compulsive disorder.
Conclusions: Overall, empirical results indicated promising psychometric properties of the CAS Italian version in a nonclinical sample. Limitations of the study and the need for further research are discussed. 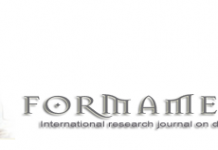