Obsessions and compulsions are driven by the goal of preventing or neutralizing guilt. We investigated whether inducing deontological versus altruistic guilt in healthy volunteers could activate checking behaviors and physical cleaning. Participants were asked to listen to stories that induced deontological guilt, altruistic guilt, or a neutral control state, and then were asked to classify 100 colored capsules into 12 small pots (Study 1) or to clean a Plexiglas cube (Study 2). Before and after hearing the story and after completing the task, participants completed a visual analog scale that assessed their current emotions. Finally, participants completed a self-report questionnaire about discomfort, doubts, and perceived performance. Participants in the deontological group checked more (Study 1), cleaned the cube more times (Study 2), and scored higher in doubts and discomfort than did participants in the altruistic or control groups. These data suggest that deontological guilt is the mental state specifically related to checking and cleaning compulsions. 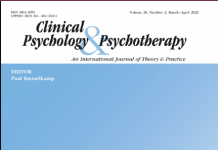