Early maladaptive schemas (EMSs) are cognitive patterns resulting from unmet core emotional needs in childhood that have been linked to the development of psychopathology. As depression is a multifaceted phenomenon, we hypothesized that specific dysphoric symptoms would be predicted by different EMSs. Four hundred and fifty-six participants completed a measure of EMSs (Young Schema Questionnaire) and reported on the severity of the symptoms of criterion A for major depression in DSM-IV during the occurrence of a dysphoric episode in the previous 12 months. A series of stepwise multiple regression analyses were performed to investigate the predictive power of the EMSs for the severity of each specific depressive symptom. When controlling for gender and current levels of depression, specific symptoms were predicted by different EMSs: sadness by Negativity/Pessimism; anhedonia by Failure; self-harm by Emotional Deprivation and Vulnerability to Harm or Illness; worthlessness by Failure and Negativity/Pessimism; psychomotor retardation/restlessness by Vulnerability to Harm or Illness and Entitlement/Grandiosity; and poor concentration by Insufficient Self-Control/Self-Discipline. The more physical symptoms of fatigue, insomnia/hypersomnia, and appetite loss/appetite gain were not predicted by any of the EMSs. Although the cross-sectional design of the study does not allow for conclusions about the direction of effects, results suggest that depression is not a unitary phenomenon and provide a possible explanation for previous inconsistent findings.

Is Covid-19 a natural event? Covid-19 pandemic and conspiracy beliefs 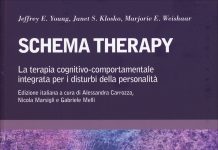